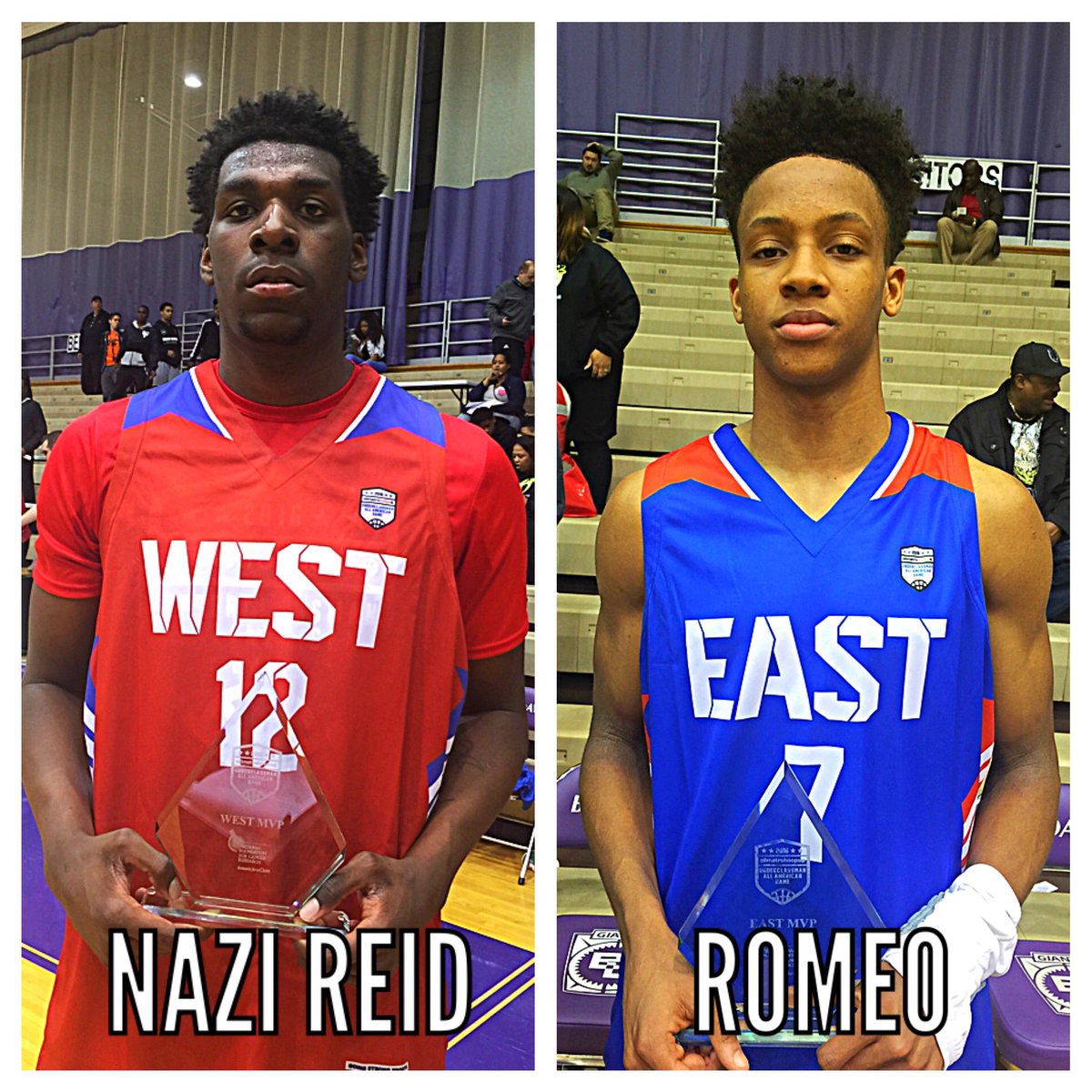 Co-MVPs of the inaugural @ucallamerican 5-Star 2018s, Nazi Reid@RcNazreon of NJ & Romeo Langford @yeahyeah_22 of IN

It is looking like a good 24 hours for Romeo Langford. The star sophomore from New Albany (Ind.) was named the East Most Valuable Player at the Underclassmen All-American Game on Wednesday night in Indianapolis. On Thursday, he is scheduled to get a visit from Duke assistant coaches John Scheyer and Nolan Smith during an open gym at the school, according to 247Sports and Rivals among others.

Duke will be on the road tomorrow. For who? Romeo Langford from Indiana. Super elite scoring wing from New Albany, Indiana.@DevilsIllust

Langford finished with 16 points, including a pair of three-pointers, in the East’s 114-101 win in the National game. Langford was a star player for a New Albany team that went 27-1 to win the 4A title and was No. 18 in the Super 25.

Marcedus Leech, a freshman from Poplar Bluff (Mo.), finished with a game-high 17 points as the East had six players in double figures.

The teams were tied at 88-88 going into the fourth quarter and the East opened up a 105-101 lead with less than a minute and a half left in the game. It closed the game out from there, now allowing the West to score again.